There are a couple of airlines in Indonesia that still operate this type currently. So, when a trip to Indonesia materialised recently, I felt that this would be a good opportunity to tick this off my bucket list, before they’re gone for good. I booked myself on NAM Air flights from CGK to JOG and back, both operated with the 737-500s. 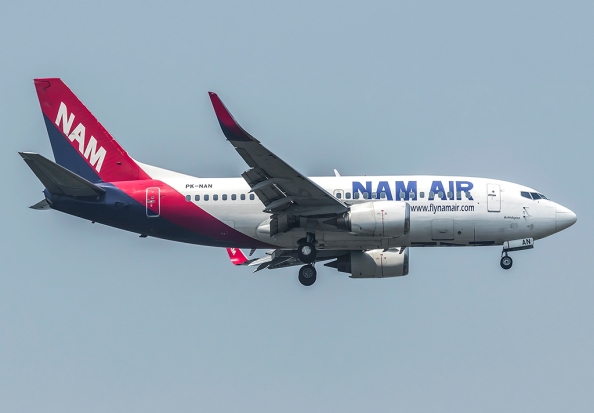 I arrived into CGK Terminal 3 on KLM, and after almost an hour long (!) wait for my luggage, I made my way to Terminal 2. I went to the NAM Air check-in counter, where the lady at the desk quickly issued me a boarding pass. As I took the boarding pass in my hand, I casually asked her if the flight was on time. She checked her screen and sheepishly told me that the flight was delayed – this is after I asked her! I then asked her how much was the delay, and she replied coolly – “three hours, sir”  WHAT??? I thought I heard wrong, so I asked her again. Unfortunately her response was the same – three hour delay. For a one hour flight! Incredible!!! 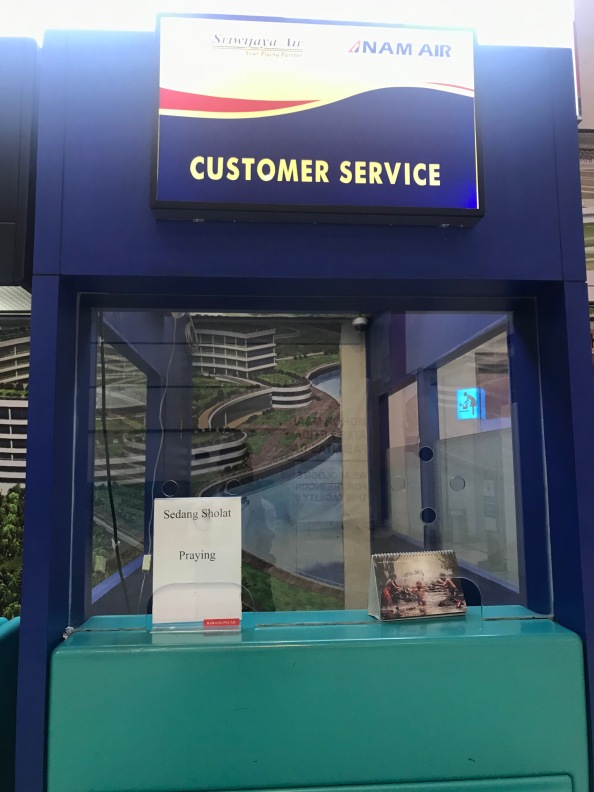 I had to wait for another ten minutes before the agent showed up. I explained my situation to him, and he agreed to put me on to an earlier Sriwijaya Air flight, which incidentally was delayed too! Worse, the flight was on a 737-800!

Opportunity missed! Oh well, I still had the return leg, which I hoped would work out as planned. And, as I landed in JOG, I received an email from NAM Air informing me that my return flight to CGK was rescheduled to 50 minutes earlier!

On the day of my return flight, I was nervous as I made my way to the airport. There was no way of tracking the incoming flight, as the 737-500s do not show up on Flightradar24. I reached the airport well within time, and made my way to the NAM Air check-in counter. I asked the check-in agent if the flight was on time, and he replied with, “so far, yes!”. I had more than two hours till departure, which meant that the incoming aircraft had not even departed CGK. There was nothing else to do but wait.

Security check was a breeze and I reached the departure gate area, where I saw this! 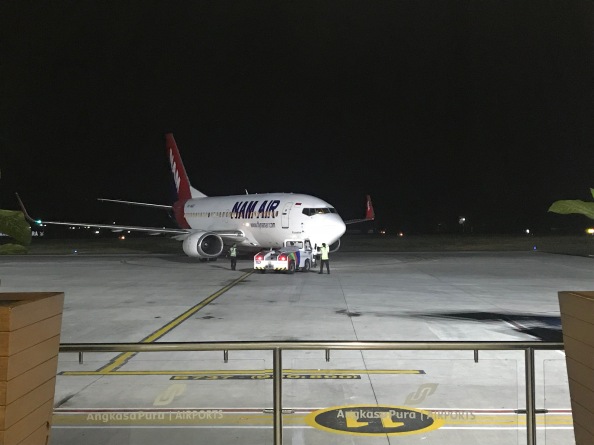 Of course it was not my flight, but the sight of a NAM Air Boeing 737-500 was pleasing to the eyes. Would this be a harbinger or something? Only time would tell!

There’s nothing much to do at the tiny terminal of the Adisutjipto International Airport, except a few cafes and restaurants and a bunch of shops. I wasn’t too hungry but I was lured by the smell of freshly baked bread. I picked up a couple of fresh coffee buns at the “Roti O” outlet along with coffee. 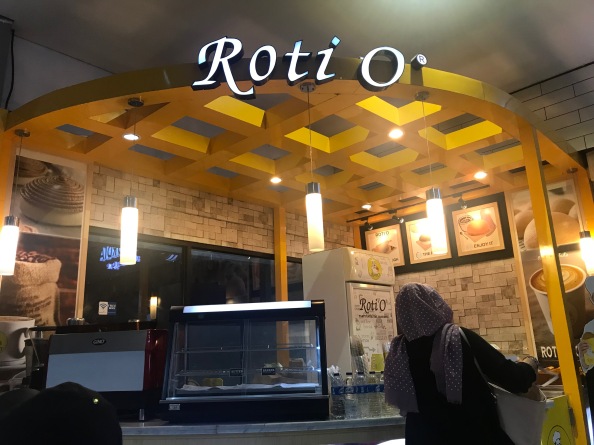 If you haven’t had coffee buns yet, I highly recommend trying them at “Roti O” in Indonesia or “Rotiboy” in Malaysia.

Our scheduled boarding time of 1935 came and went, but there was no sign of our aircraft. The FIDS screens still showed that the departure was on time, but obviously that would not happen now. Finally at around 2000, I heard the sound of reversers and saw a NAM Air 737-500 slowing down on the sole runway at JOG. Five minutes later, the aircraft arrived at the gate, and I heaved a sigh of relief. Finally!!!

Boarding was announced within 20 minutes, which I felt was truly remarkable. As I walked towards the aircraft, I couldn’t help but admire her beauty.

I felt a mix of joy and relief at finally being able to fly on this exotic little aircraft. Its a feeling only aviation enthusiasts will understand!

The aircraft was registered PK-NAQ and named “Lomasasta”. It was a 23 year old bird, originally delivered to Continental Airlines in June 1995. The winglets were added much later.

The interiors were of 1990s vintage as expected, but were well maintained. The red & blue seat covers, in line with the company colours added a nice bright touch to the cabin. 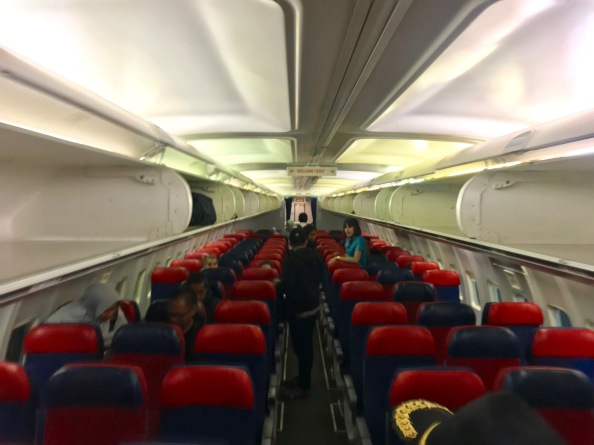 As I sat down, I noticed that the legroom was kinda tight.

The flight was around 80% full, but the boarding was completed quickly. 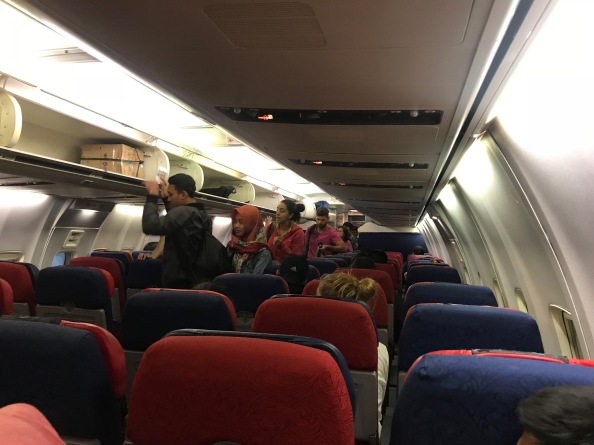 After a quick taxi to the runway, we were airborne and on our way to CGK. As soon as the seatbelt signs were switched off, the crew started the snack service. The snack consisted of some cookies and water. 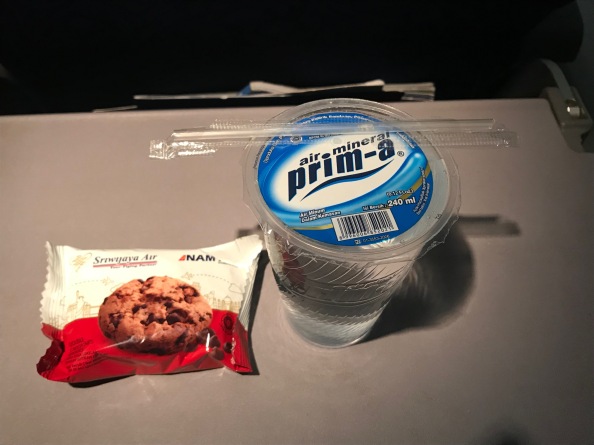 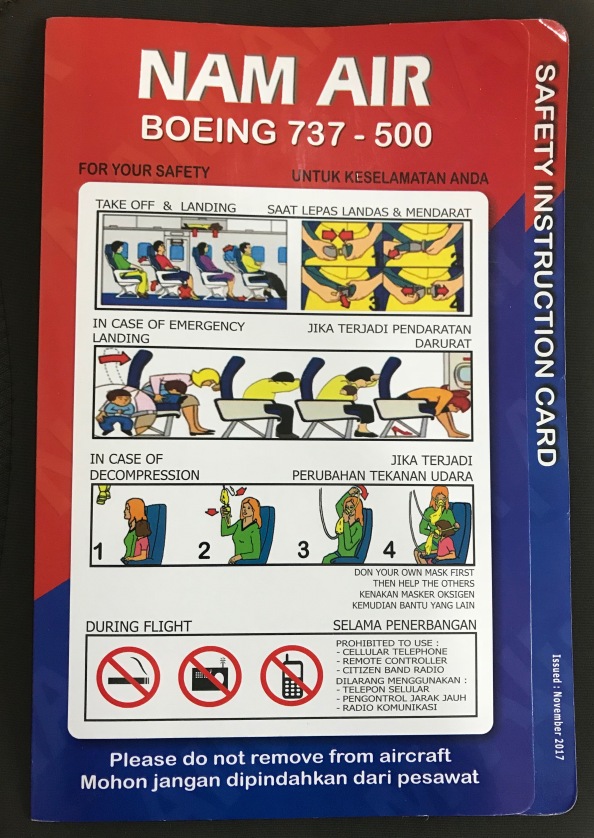 The cabin as seen from the last row. The crew can be seen concluding the snack service. 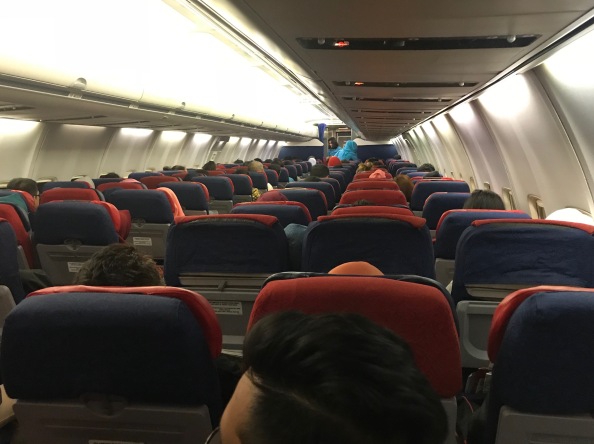 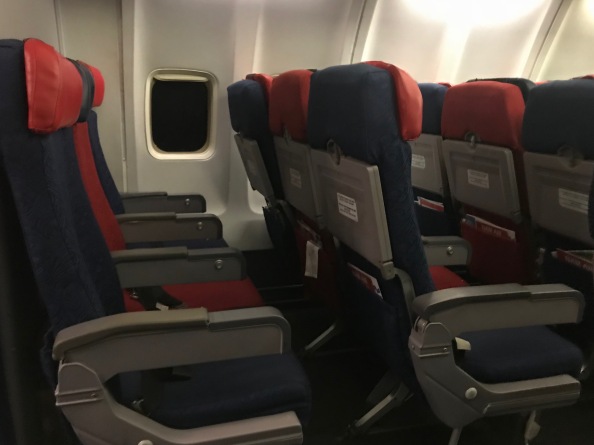 The lavs too were the old fashioned “blue juice” type 😀 Note the old style buttons on the wash basin.

The sign on the top seems to be a remnant from the Continental/United days.

We landed at around 2145, around 30 minutes behind schedule. 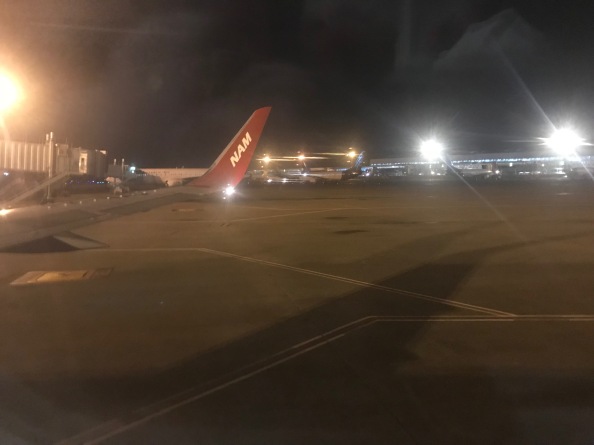 As soon as we docked, everyone lined up in the aisle waiting to deplane. I was in no hurry of course, as I savoured the final moments on board this classic baby Boeing.

Clicked one last photo of the Business Class seats as I finally made my way to the exit.

As I bid farewell to the crew, I was smiling, happy to have finally managed to fly on the now rare Boeing 737-500.

So if you haven’t flown on this type yet, get on board a NAM Air 737-500 the next time you visit this part of the world. Do plan with a lot of time in hand though, as delays could mess up your travel plans!