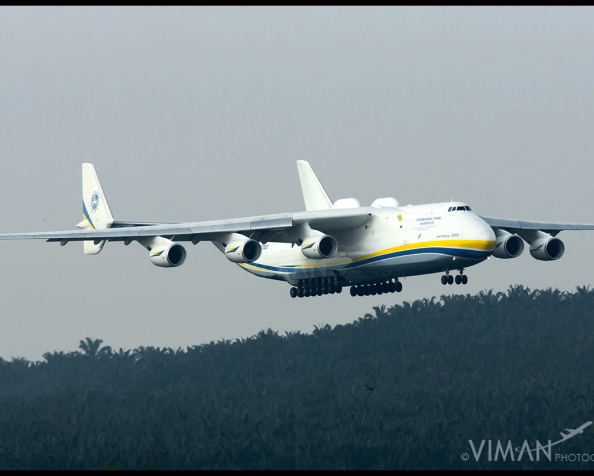 I had a dream – to see the “dream”. Goofy wordplay aside, the dream was to see the Antonov An-225 “Mriya” (meaning dream or inspiration in Ukranian) at least once. This dream came true, as the big bird landed in Kuala Lumpur yesterday – May 14th 2016.

Powered by six Progress D-18 turbofan engines, the mammoth An-225 was on a trip from Prague, Czech Republic to Perth, Australia, carrying a 117 tonne electrical generator. The trip involved stopovers in Turkmenbashi (KRW), Hyderabad (HYD), and Kuala Lumpur (KUL) before reaching its destination in Australia.

The stopover at KUL was lucky, as the original itinerary involved the big beast stopping over at Jakarta. This was changed later to KUL due to unavailability of slots at Jakarta. The schedule was published by Flightradar 24 a couple of weeks prior to the flight, and we waited with bated breath for the arrival.

The scheduled arrival at KUL was 0800 local time, and I left home early with my seven year old son in order to secure a vantage point to witness the arrival of the Mriya. As I was reaching the spotting location, I saw hundreds of people gathering to see the giant six-engined aircraft that was due to arrive soon. The excitement was palpable, as the spotting community in KUL came together, and waited patiently.

The aircraft could not be seen on Flightradar 24 – our trusted companion for tracking aircraft and their arrival/departure times. We had found out from friends back in Hyderabad that the aircraft had departed at 0140 local time, which meant that it would be arriving approximately at half past eight.

Just before 0800, the Mriya became visible on Flightradar 24, and the atmosphere amongst the waiting spotters became electrified. Folks readied their equipment – double-checking to make sure that the memory cards were inserted and batteries were charged. 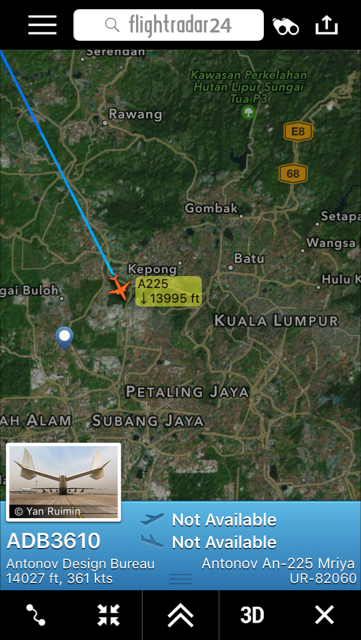 Soon, the familiar shape of the An-225, with its six engines became visible in the distance. The aircraft was approaching rapidly, and appeared to become larger by the second. 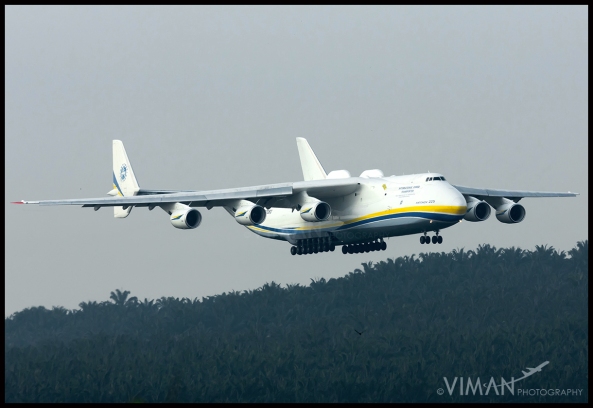 It glided smoothly over the threshold of Runway 32L, and touched down right in front of us, producing a fair bit of smoke from its massive 28 wheel main landing gear. 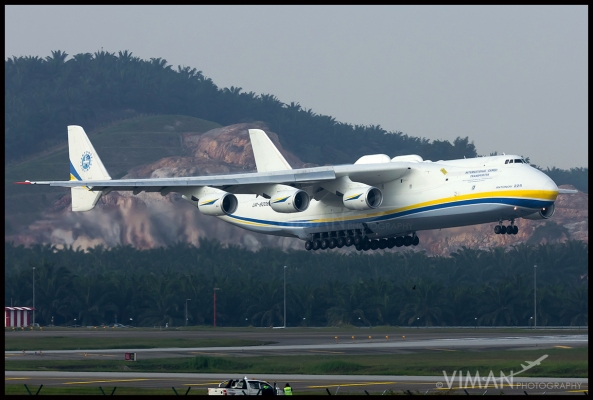 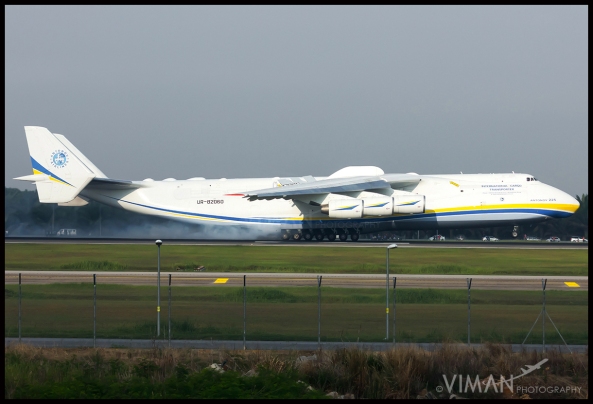 A loud cheer went up in the spotting community as the aircraft rolled down the runway, and slowly made its way to its designated parking bay.

It felt amazing to see the massive six-engined aircraft with its distinctive twin tail. The wings and the horizontal stabilizers are humongous! 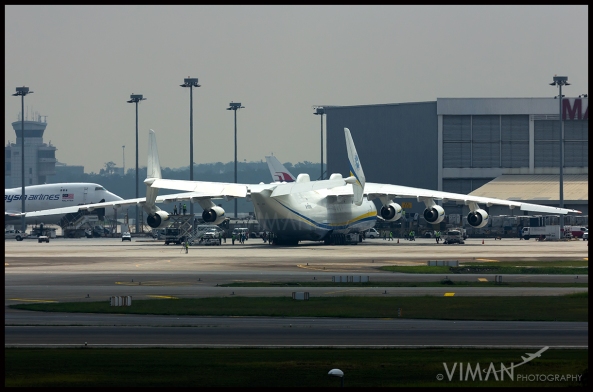 So there it is – the dream to see the one-of-a-kind Antonov An-225 “Mriya” finally came true. Don’t know if I will get an opportunity to see it again…