Malaysia was the final pit-stop in a long tour of South East Asian countries. Russian Helicopters held a demo event showcasing the two above mentioned helicopters at the Sepang Formula One circuit located near the Kuala Lumpur International Airport (KLIA)

The day began with a a session introducing the Russian helicopters company along with an introduction to the Mi-171A2 and the Ansat helicopters. 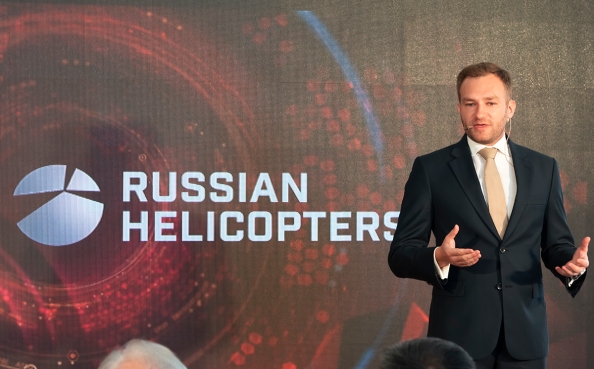 A short address by different stakeholders followed, after which the action moved outdoors. It was now time to see the birds in action. As the participants moved to the helipad area, the two helicopters were spooling up for their demo flights.

The Ansat helicopter (manufactured at the Kazan Helicopter Plant) was the first off the chocks, showing how nimble and agile it was. The Ansat is a light utility helicopter, powered by twin Pratt & Whitney PW207K engines, with a power output of 630hp each.

The helicopter has an internal cargo capacity of 1272kg, with a MTOW of 3600kg. Its maximum flight range is 520km, with a service ceiling of 4600m (or around 15000ft) In passenger configuration, the Ansat can carry up to 8 pax.

As soon as the Ansat returned, the mighty Mi-171A2 lifted off for its demo flight. The Mi-171A2 is a medium utility helicopter derived from the Mi-8/Mi-17 family. The fuselage shape may seem to be familiar to people, but the helicopter is completely modernised.

One of its most distinctive features is an X-shaped tail rotor that provides better stability.

Both the main and tail rotors are made up of composites that reduce the overall weight while increasing reliability and durability. The Mi-171A2 features a full glass cockpit and is powered by two Klimov VK-2500PS-03 engines with a power output of 2000hp each.

It has an internal cargo carrying capacity of 4000kg, and can also carry payload on external slings. The maximum flight range with internal fuel tanks is 800km, with a service ceiling of 6000m (or over 19500ft) It is highly customisable in terms of internal configuration. In pure passenger configuration, the Mi-171A2 can carry up to 24 pax.

After the demo, participants got a chance to get up close with both the helicopters.

People could be seen interacting with the helicopter crew.

The Mi-171A with its rear cargo door open

The interiors of the Mi-171A2. Pretty spacious! 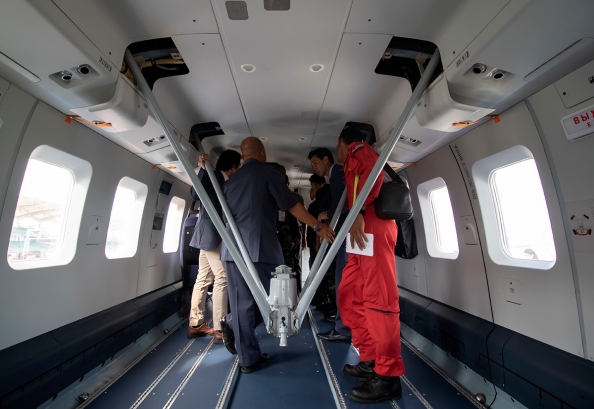 Post the demo session, it was time to head indoors for some lunch, followed by a press conference addressed by the Russian Helicopters CEO, Andrei Boginsky.

Mr Boginsky began by giving an overview of the successful South Asian Heli tour across China, Vietnam, Cambodia, Thailand and Malaysia. The tour resulted in soft and hard contracts totalling up to 70 helicopters.

According to Mr. Boginsky, demand for civilian helicopters in Southeast Asian countries may amount to 420 helicopters in the next ten years. “We are counting on a substantial share of this market, and the results of the demo tour suggest that we have every reason for this,” he said.

Mr. Boginsky gave a positive outlook for the company over the next 3-4 years, with multiple products on offer. The press conference ended with Mr. Boginsky inviting the participants to the MAKS airshow in Russia next year.