Gosh! I never imagined I would be writing an article with this title so soon!

I mean, it just seems like it was yesterday when the Airbus A380 “Superjumbo” took to the skies! It’s been less than 14 years since the A380 first flew and it has been in service for just over 12 years!!!

But it *IS* true. Airbus today (February 14th 2019) announced that it will deliver the last of its largest passenger aircraft in 2021, thus effectively pulling the plug on the iconic double-decker A380. The fact that the Boeing 747 – the original Jumbo jet that first flew in February 1969 is expected to remain in production (as of now), and that the Airbus announcement comes barely 5 days after the Boeing 747 celebrated the 50th anniversary of its first flight just makes the whole thing quite ironic.

If the Boeing 747 revolutionised and up-sized long haul air travel, the A380 made it grander! The aircraft’s size was unprecedented, with a wingspan that is wider than the length of Airbus’s massively popular narrow-body A320 and a full length twin-aisle upper deck. It also was much quieter and more fuel efficient and flew farther than the Boeing 747. This meant that the Superjumbo often drew comparison to the Jumbo, which it was originally poised to replace.

However, the sheer size of the aircraft meant that airports needed to invest tons of money to  err… up-size their infrastructure. The cost of maintaining as well as operating these behemoths is colossal too. The development of large wide-body twin engined jets that are capable of flying passengers cheaper, faster and farther was the final nail in the coffin for the A380.

The Airbus announcement came along with the news that Emirates – the largest operator of the A380 has ordered a total of 70 brand new twin-engined Airbus aircraft. The Dubai based carrier announced an order of 40 Airbus A330-900neo and 30 Airbus A350-900 wide-body aircraft. Emirates trimmed its original order of 162 A380s to 123 jets. Even though the airline will still take delivery of 14 more A380s (more than the size of the total A380 fleet in most airlines) between 2019 and 2021, the intent was clear. That Airbus announced its decision to pull the plug on the Superjumbo on the same day should come as no surprise.

Make no mistake – the A380 will be around for more than a decade at least. Most A380 airframes are less than 10 years old and still have a lot of life left in them. If you’re one of those that have never set foot inside one of these gigantic aircraft, there is more than enough time to fly on them.

Will we ever see an aircraft larger than the A380, or at least as large as it being built in the future? Highly unlikely, but who knows? Only time will tell…

After a long innings spanning 47 years, United Airlines is set to retire the iconic Boeing 747 from its fleet. The final regular passenger flight operated by the Boeing 747-400 will be on October 29th 2017, from Seoul to San Francisco. It will be the end of an era for United, in which its much loved “Queen of the skies” ruled the skies across the world.

United Airlines had taken delivery of its first ever Boeing 747 on June 26th 1970, with its first commercial flight from San Francisco to Honolulu a few weeks later on July 23rd 1970. The Jumbo jet served as the workhorse of the airline’s long haul fleet for over four decades, and was adored by passengers and crew equally.

United operated multiple versions of the Boeing 747, starting with the original 747-100, 747-200, 747-SP (taken over from PanAm) and finally the 747-400. It allowed the airline to carry over 300 passengers comfortably to popular destinations in Europe, Asia and Australia.

To commemorate the retirement of this iconic aircraft, United will be operating a one-off farewell flight on the 747-400 from San Francisco to Honolulu on November 7th 2017. This flight will recreate the first 747 flight operated by United in 1970. From a 1970s-inspired menu to retro uniforms for flight attendants to inflight entertainment befitting of that first flight, passengers will help send the Queen of the Skies off in true style. Tickets for this farewell flight were sold out within two hours of going on sale.

San Francisco International Airport (SFO) was the de-facto hub for United’s Boeing 747s, and it is only fair for the airport to operate the farewell flight.

I had the opportunity to spot the United 747-400s in action at SFO a few years ago. Here’s my tribute to the Queen of the Skies…

Taxiing out of the intl. terminal at SFO with the United Airlines hangar in the background 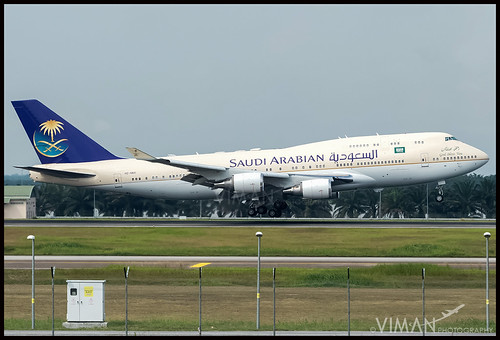 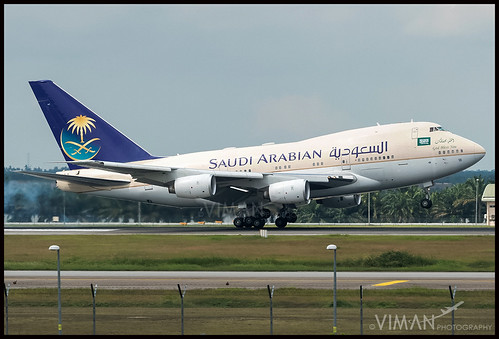 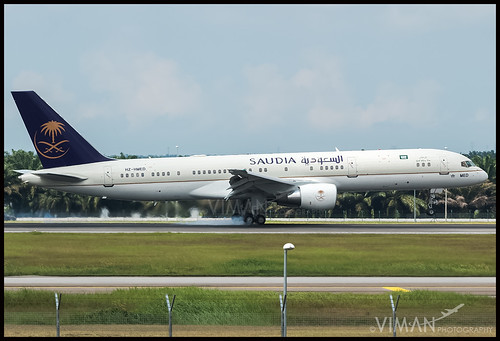 Malaysia Airlines recently decided to bring a Boeing 747-400 back into active service. The 747-400s were retired a couple of years ago when the A380s joined the fleet. The 747 will provide interim heavy lift to the airline while the A380s go through maintenance. The Jumbo is supposed to operate its long haul service to London on two days of the week.

The aircraft that was re-commissioned is registered as 9M-MPP (formerly named as “Putrajaya”) Malaysia Airlines has painted this aircraft in the retro 1970s livery. Many aviation enthusiasts including me were pretty excited when this piece of news broke, and we have been waiting patiently for the Queen to take to the skies.

The big day finally arrived!  The 747-400 was supposed to roll out and get airborne for a test flight at 10AM local time on April 26th 2016. All the local plane spotters and aviation enthusiasts flocked to the Subang airport (where the aircraft was parked) and waited for the aircraft to show up. 10AM came and went, and there was no sign of the Queen. Then we got to know that there was a technical issue with the aircraft, and it was taken back to the hangar. The test flight would have to wait for another day!

The new date for the test flight was two days later – on April 28th at 2PM local time. Again, the enthusiast community came out in full force to view the Queen. This time we hoped that she would show up! At around 2PM, the aircraft showed up on Flightradar24, which meant that the transponders were active.

The aircraft had been given a callsign – MH5109 for the test flight.

We were getting impatient, as the aircraft showed no movement. We were hoping that the technical issues had been sorted, and the Queen would finally take to the skies.

Just before 3PM, the 747 finally started taxiing out. We got ready with our cameras to capture this event. Dark rain clouds had gathered over the Subang area, and the light had faded quite a bit. As she made her way to the active runway, we could see streaks of lightning with accompanying thunder all around. It was as if the weather gods were announcing the arrival of the Queen! 🙂

As she lined up on Runway 15, the heavens opened up! What started off as a slight drizzle, turned into a torrential downpour. We were caught in between – sheltering our cameras from the rain, and craning our necks to catch sight of the Queen. We soon heard the four Pratt & Whitney PW4056 powerplants spool up to take-off power, and a loud cheer went up amongst the waiting plane-spotters. And in the next few seconds, the four engines spooled down, bringing a look of worry on all our faces. The engines spooled up and spooled down once again, before spooling up once more and the aircraft finally started to roll. As soon as the Queen came into view, our cameras went into overdrive, capturing her spraying water all around.

What a sight it was!

After a shortish take-off roll, the Queen took to the skies with a grace typical of the 747.

That’s it – the Malaysian Queen was finally back in the air!

We reached there well in time for the arrival, and hoped that the rain gods would keep away this time. At exactly 6PM, the familiar shape of a 747 on approach became visible on the horizon. The Queen touched down with a puff of smoke on Runway 32L and deployed her reversers briefly.

As she rolled out, we got another view of the beautiful curves of the Queen of the skies…

Test flight complete, the aircraft was parked at the cargo apron, next to her cargo cousins. We hoped all had gone as per plan, and the 747 was fit to fly once again.

Some not so good news emerged one day later, as the website Airlineroute.net reported that Malaysia Airlines had shelved plans to operate the 747-400 on the Kuala Lumpur – London route for the month of June. As of now, the reasons for this change are not known.

We only hope that all issues are sorted out, and the Queen takes to the skies soon! 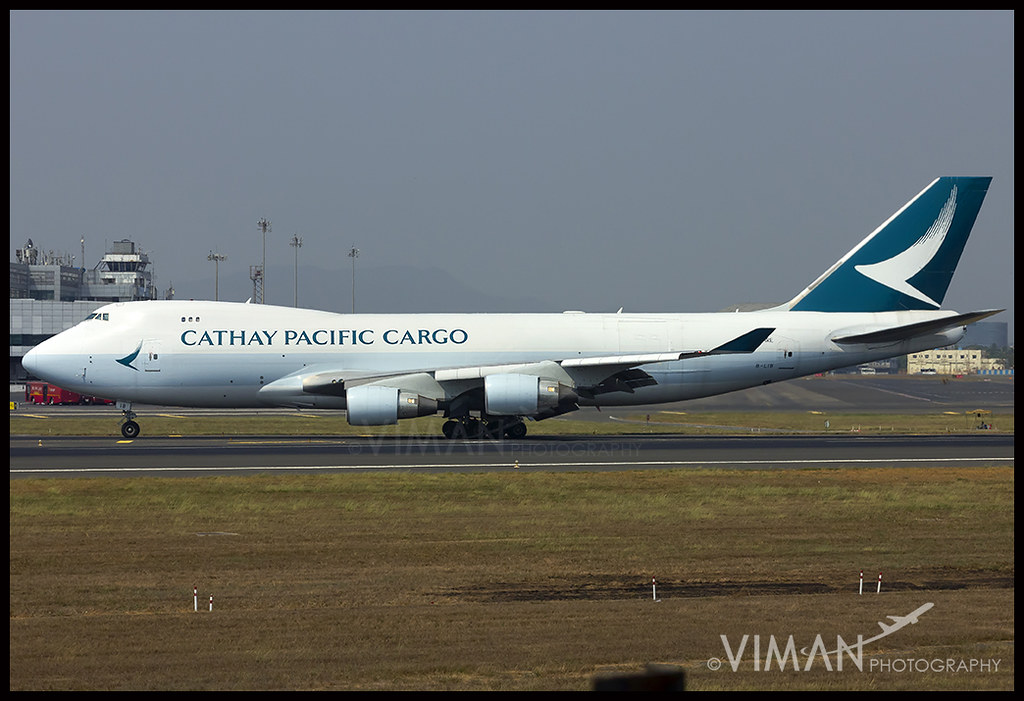