After a long innings spanning 47 years, United Airlines is set to retire the iconic Boeing 747 from its fleet. The final regular passenger flight operated by the Boeing 747-400 will be on October 29th 2017, from Seoul to San Francisco. It will be the end of an era for United, in which its much loved “Queen of the skies” ruled the skies across the world.

United Airlines had taken delivery of its first ever Boeing 747 on June 26th 1970, with its first commercial flight from San Francisco to Honolulu a few weeks later on July 23rd 1970. The Jumbo jet served as the workhorse of the airline’s long haul fleet for over four decades, and was adored by passengers and crew equally.

United operated multiple versions of the Boeing 747, starting with the original 747-100, 747-200, 747-SP (taken over from PanAm) and finally the 747-400. It allowed the airline to carry over 300 passengers comfortably to popular destinations in Europe, Asia and Australia.

To commemorate the retirement of this iconic aircraft, United will be operating a one-off farewell flight on the 747-400 from San Francisco to Honolulu on November 7th 2017. This flight will recreate the first 747 flight operated by United in 1970. From a 1970s-inspired menu to retro uniforms for flight attendants to inflight entertainment befitting of that first flight, passengers will help send the Queen of the Skies off in true style. Tickets for this farewell flight were sold out within two hours of going on sale.

San Francisco International Airport (SFO) was the de-facto hub for United’s Boeing 747s, and it is only fair for the airport to operate the farewell flight.

I had the opportunity to spot the United 747-400s in action at SFO a few years ago. Here’s my tribute to the Queen of the Skies… 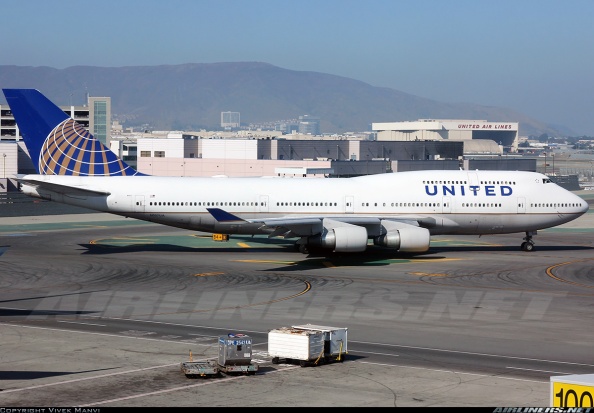 Taxiing out of the intl. terminal at SFO with the United Airlines hangar in the background 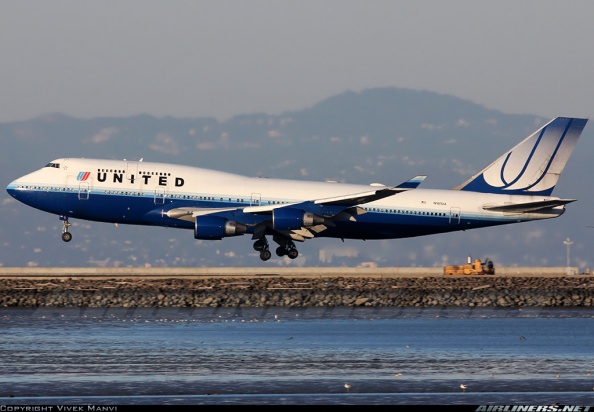